Kind of A New Hope against Leukaemia 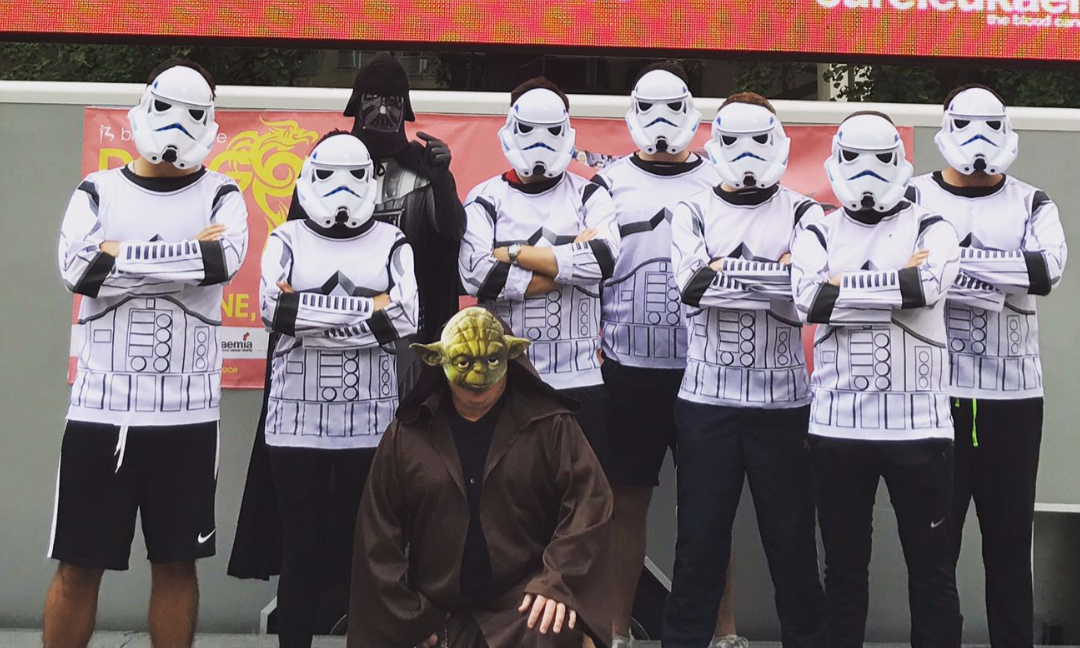 On Saturday 24th June, Brindley Place held its 18th annual Dragonboat race. The event was sponsored by Deutsche Bank and several other organisations in support of Cure Leukaemia. Their challenge was to raise £100,000. Upon hearing about the event, Kind Group entered in order to raise funds for the great cause. The team comprised of Luke Gleeson,  Sadie Qureshi, Jake Shephard and Henry Wright from Kind Consultancy; Marc Biddle from Kind Commercial; Andrew Bretherton from Kind Wealth; Carl Hobbins from Kind Financial Services; and Mitch Goodall and Mat Kind of The Kind Group. Being two men down from the start, the team had a challenging day ahead of them as they took on 15 other teams.

The Kind Group team competed in five races with no training or preparation of any kind beforehand and defeated teams representing a number of local, national and international businesses and organisations to become the 2017 champions – all while dressed as Star Wars characters to go with the ‘Kind of A New Hope’ team theme.

Far more important than the Kind Group team’s sporting victory though was the opportunity to raise money for Cure Leukaemia – we’ve already raised over £1500 and donations are still open, please consider giving to a truly worthy cause now on JustGiving. Based in Birmingham, Cure Leukaemia have a world-class research facility, delivering groundbreaking newly developed treatments to leukaemia patients across the West Midlands.

As well as the trophy and the knowledge that they’ve helped an important cause, the Kind team has won a table at Glynn Purnell’s Friday Night Kitchen event at Resorts World in October, which will give them a great opportunity to celebrate the fundraising they’ve done over the past few months and the exhausting hard work they put in on Saturday.